Adolf Hitler is the Austrian Führer or leader of Nazi Germany and the Wehrmacht, and one of the primary overarching villains of RAID: World War II.

While Hitler himself does not make an in-mission appearance, he would be depicted as being on the receiving end of any and all shenanigans orchestrated by the SOE and The Raid crew.

Appearing in every post-game live-action cutscene, be that game a failure or success, "Hitler" is depicted as a rather childish caricature of his real self, prone to throwing hissy fits and tantrums like a spoiled child at the slightest of mishaps or provocations, and would often vent his frustration on his men. Should the Raid crew fail, however, "Hitler" would gloat his top off in an even more juvenile fashion.

RAID's version of Hitler seems to be far more relaxed with the wartime situations than in reality, while also appears to be much less intelligent, as demonstrated on one occasion when he somehow misread an upside-down defeat report as a glowing victory. 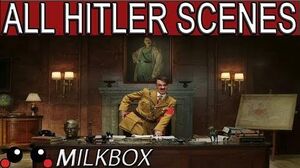 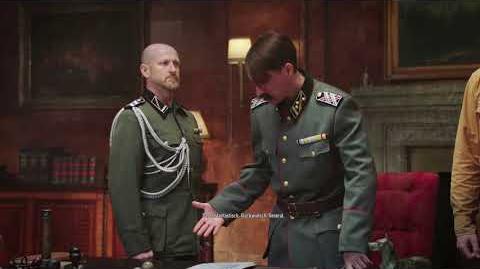 Retrieved from "https://payday.fandom.com/wiki/Adolf_Hitler?oldid=164364"
Community content is available under CC-BY-SA unless otherwise noted.