Start a Wiki
watch 01:50
The Loop (Games)
Do you like this video?
Aftershock is a heist released during the 3rd day of CrimeFest 2015 and is the seventh contract given by Vlad. It is also the 3rd loud-only heist given by Vlad.

The group starts out either on top of or below an overpass, with one member receiving a saw. The crew must then find the two trucks that contain the safes. Keep in mind the trucks can spawn on or below the overpass at random locations, though they are usually near each other. However, in some cases, one may spawn beneath the overpass while the other on top of it. Make sure to not kill the figures outside the vans, as they are Vlad's men and can provide some covering fire against the police force.

Around the map are homeless civilians, who are either fleeing or simply gathered around a fire and will not move. If spawned nearby, players should tie them down.

Once a truck is located, the team member with the saw must place it on the truck until it finishes. It functions very similarly to a drill, so use the same tactics.  Once the first truck has been sawed through, remove the saw and move the safes. Apply the saw to the other truck, and move the safes in there as well.

Once both trucks are sawed through, Bain will call in Bile to drop off C4. One player must get the C4 and apply it to a wall across a canal. The player will then be presented with a truck, which they need to load the safes into. Players can either manually carry the safes if there is a low amount of safes or drive the truck to where the safes are.

Load the safes, and drive to truck back to the specified area. Once it is in the correct area, the crew must light a flare. Players must wait for Bile to get into the area and defend until his arrival. Get the entire crew onto the truck, and Bile will lift it up, ending the heist.

Shortly after the recent quake that devastated much of southern California, two shipping trucks, left stranded on the freeway, were robbed. The trucks belonged to a Seattle-San Francisco-Los Angeles shipping company called Kowalski & Hutch. They claimed their client was a Russian businessman, but before investigators could get more details the offices were burned down and all records destroyed.

My Notes: Of all places to appear, we could never have predicted the appearance of the Payday gang in LA, but there those bastards were. Seems to be a straightforward hit on a couple of trucks, though what could be so precious that it would get Bain’s crew all the way out to the West Coast.(sic)

"Yes, you took it. But do you really really need it?"
—Trophy description

UNLOCK CONDITION:
Find the hobo's knife in the Aftershock heist.

The knife will always be on a hobo that wears a blue hood. The civilian will always run to escape the map, meaning players will have to be quick to tie him down or shoot him. Sometimes, however, the civilian will spawn on top of the train to the side of the highway or in the construction site, both of which he cannot escape. 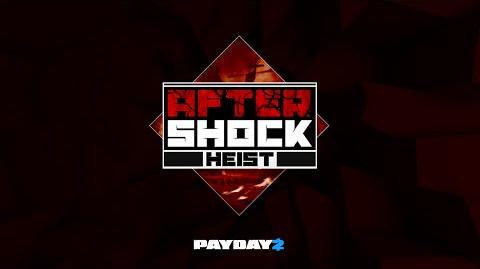 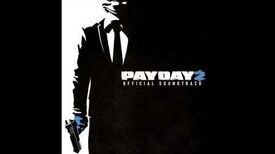