Armored Transport is the first DLC for PAYDAY 2, and was awarded for free to those who pre-purchased PAYDAY 2 and owners of The COMPLETELY OVERKILL Pack. 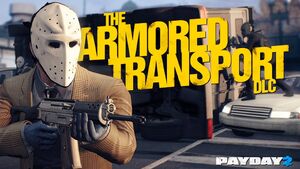 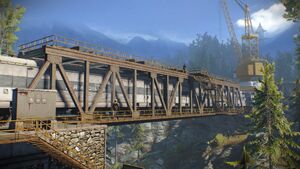 "And now to the best present of them all - the mask pack! Chains loves this part. He gets to pick last everytime though. Poor Chains.

Gage has always been a patriot. What better way to salute this great nation than to celebrate four of the most popular presidents we've had?"
—Announcement site quote. 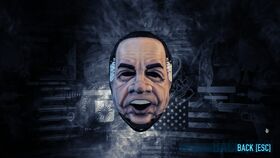 Politican, Commander-In-Chief, father. Had an ambition to serve this great nation for 8 years. He wasn't a crook, for sure.

The 37th was the only president who resigned from office. Among criminals however, he remains extremely popular. 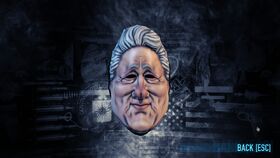 The 42nd was one of the most peaceful presidents in history. Among criminals however, he remains extremely popular. 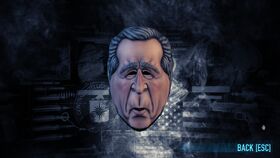 Politican, Commander-In-Chief, father. Served this great nation for 8 years. A wordsmith, no doubt.

The 43rd was one of the most unpopular presidents in history. Among criminals however, he remains extremely popular. 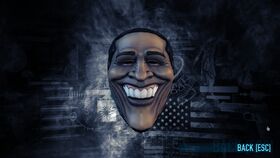 Politican, Commander-In-Chief, father. Had an ambition to serve this great nation for 8 years. A hopeful man, and an award winner at that.

The 44th is one of the most ambitious presidents in history. Among criminals however, he remains extremely popular. 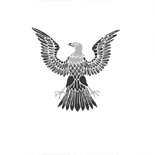 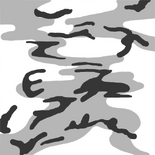 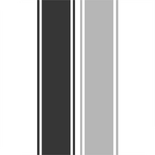 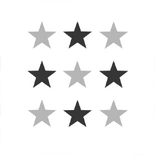 "When you got the crew and you got the target, there's one more thing you need. Guns. Loads of guns. Thankfully, Bain's got you covered. The latest shipment from Gage is something special. Some might argue they're only three normal guns, but they don't know nothing. These aren't your ordinary guns. These are the tools of the trade, the heisters choice. Let's see what we got."
—Announcement site quote.

"So, you've bought the DLC, downloaded it, started it up, and robbed some armored transports, having fun with your friends. But, something's missing. You need something else to get your fix. Something on a higher level. Well we got something for you right here, friend. Because for you, the achievements are the juice."
—Announcement site quote.

Celebration
The following only require membership in the PAYDAY 2 Official Group on Steam. 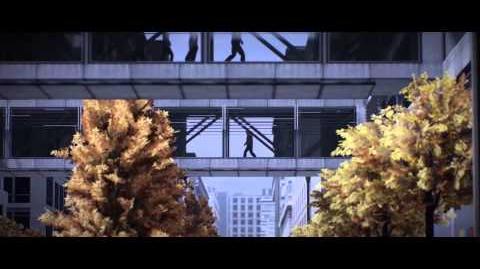 Retrieved from "https://payday.fandom.com/wiki/Armored_Transport_(DLC)?oldid=188034"
Community content is available under CC-BY-SA unless otherwise noted.