"What you need to know is this: I'm just like you. I'm after the secrets as well."
—Bain introducing himself in the Contact Database.

Bain is a supporting character in both PAYDAY: The Heist and PAYDAY 2. He is the mysterious handler of the PAYDAY crew and the creator of CRIME.NET.

"You want to know something about me? Heh, heh, heh. That's funny. Whenever I tell you something, it might be a lie to protect myself. If I told you the truth, you wouldn't believe me. But I can tell you one thing, my favorite color is blue."
—Bain introducing himself.

Bain has no background apart from being a former cop according to a side mission description. It is unknown if Bain is his real name, or an alias, similar to the rest of the crew. Bain is usually set up at some sort of headquarters away from the heist, though close enough that he can monitor it, proven during Panic Room after the explosion when he states "that blew the dust off the shelves even where I'm sitting!" (though this may just be hyperbole on Bain's part). In Diamond Heist and No Mercy, he states that he must circle around a bit before he can pick up the crew, which implies he is in the evacuation helicopter. Bain will also monitor the status of crew members and law enforcement officers; while the exact method he uses is unknown, dialogue proves Bain listens to police dispatches. Also, Bain tends to call the Payday gang, clowns.

If a heist is successful, then Bain will congratulate the crew and tell them to meet him at the safehouse because he has another plan to obtain money. (Aside from one of the endings in No Mercy, which he will leave the crew for dead, the crew will comment to dispose the virus and meet up at the safehouse after successfully escaped.) If a heist fails, then Bain usually blames himself for having "miscalculated" or "underestimated the police," and this is not the crew's fault because he knows that "[they're] the best." He will then tell the crew that he will use his connections to get the crew out of jail in no time. Bain always behaves nicely to the crew, except when a civilian is killed, or if they tag the wrong truck in Election Day. Bain also does care about the wellbeing of the crew, as he wishes them good luck in the beginning of Birth of Sky. He apparently also has connections to the FBI, as he was able to place spy cams in the heavily secured safe house of the Hoxton Revenge heist and is capable of covering up the multiple deaths of the police force for every Safe House Raid.

In-game, Bain is responsible for the following tasks:

According to the dialog, Bain also does the following tasks:

In the Diamond Heist, Bain personally assists the team by interrogating the CFO, and later disposes of him if he fails to cooperate by dropping him through the roof of the atrium; he then negotiates with Mr. Garnet for his son Ralph's life in exchange for unlocking the vault.

According to the dialog in Counterfeit and frequent assault-end quotes, Bain used to be a robber in combat just like the crew.

In Update #168, Bain went missing, captured by unknown forces. As revealed in the Reservoir Dogs Heist during the Day 1 successful mission end dialogue, his safehouse is attacked, and unknown assailants breach the room Bain is in. Muffled gunfire before they enter implies either that Bain has guards at his compound or that there are other people present, while Bain himself uses a pistol to fight off some attackers before he's overpowered and taken away. His last words mention to trust Vernon Locke despite his alleged betrayal in Alaskan Deal. With his absence, Locke has replaced Bain's role as seen on Day 2 of Reservoir Dogs, Brooklyn Bank, and the later heists.

In Henry's Rock, a live-feed video can be seen near the escape point, displaying The Dentist standing near a restrained man whose face is covered by a bloodied bag. The person in question is most likely Bain given the circumstances.

The crew finally manages to track down Bain's location, Hell's Island, after several months which is revealed to be a disused World War II prison that has been taken over by Murkywater. Upon arrival they find themselves ambushed by the mercenaries who are also being led by the Dentist. They manage to free Bain from his cell and meet up with him but he passes out from his wounds that he obtained from prolonged torture. As the crew and Locke manage to get him to safety they discover that there is a manufactured virus inside of him, and he has a limited time left before it claims his life. This virus is discovered to be the same one the original PAYDAY gang had stole from years ago back in No Mercy.

Living on borrowed time, Bain instructs the crew to break into The White House under the guise of Murkywater mercenaries and steal the Presidential Pardons from the secret vault under the East Wing. Despite their success, Bain presumably succumbs to the virus as he seemingly dies in the middle of the post-mission debriefing, but not before expressing relief at the crew finally being safe and how proud he is of them. A funeral for Bain is held privately somewhere in Mexico, where the gang members pay tribute to him by leaving their masks in his grave, with the possible exception of Dallas.

If the secret is solved in The White House heist, Locke escorts Bain in a wheelchair to the underground vault to reunite with the crew one last time. However, The Dentist is also present and holds them at gunpoint, demanding the PAYDAY gang to be let in. Upon doing so, The Dentist is killed by the crew, saving their lives. Bain is then brought to the chamber where the gang initiates a ritual. As the light overpowers the area, he thanks the crew for all of their efforts before the heist ends.

While not fully explained, it is strongly implied Bain was reincarnated into the 46th US president as seen in the Offshore Payday ending. The 46th president is heard giving a speech as the crew watches and ends it with Bain's familiar line "Let's Do This".

He’s "The Leader". The man who runs Crime.Net. The spider at the center of the web. We know almost nothing about this man. His name was mentioned here and there by lowlifes we would pick up - escape drivers, couriers, that kind of thing. Mainly they would drop his name in the hope of getting a plea deal but not one was able to give us anything solid. No hard evidence. A few intercepted radio snippets, but not a single image.

He works through aliases and go-betweens. Few have a direct connection to him, and those contacts are carefully vetted. We are sure that that level of security reaching him will be even tighter now, after the Morales incident.

He’s certainly smart, and his ability to hack computers and networks is astonishing. He’s connected, and can pull strings we didn’t know existed. He’s been able to convince ground commanders to release one of the Payday gang members even when they are cuffed on the ground - what kind of persuasiveness does that involve?

Difficult to say if he has an agenda beyond getting rich. The nature of his operations range from dime store knock-offs, to elaborate, well-planned heists on high security facilities. One thing is certain, though: he’s going nowhere. He’s expanding his crew, and expanding the scope of his operations beyond Washington.

Bain's heists are often single-day, medium-pay jobs that usually encompass only a single area. Most of these can be cleared silently with minimal fuss, however some heists are loud-only.

Contracts given by Bain are noted for being rather straightforward, with very few having complex mechanics and objectives to carry out. 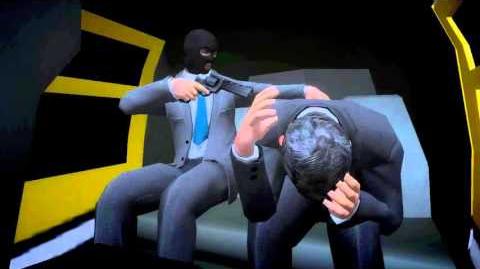 PAYDAY The Heist - Bain Quotes
Bain All in-game quotes from PAYDAY: The Heist. 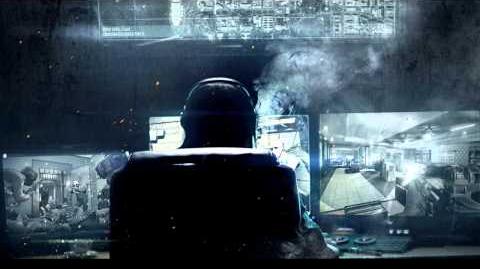