"Gentlemen, oil is the blood of our world. Without it, we die. Time to make sure it keeps flowing."
—The Elephant when offering the heist.

Big Oil is a two-day heist in PAYDAY 2.

Contracted by The Elephant, the crew must seize a fusion reactor prototype so The Elephant can receive support from oil conglomerates for an upcoming election. The heist is listed as stealthable, but due to the structure of Day 2, this is functionally impossible.

The group starts outside of the headquarters of the Overkill MC, who are a group of bikers that have access to information on the location of the scientist's villa.

The group must enter the premises and eliminate the bikers. The group can attempt to silently approach the buildings or assault them.

There are always at least 12 bikers during the first day of this heist. Of those, there are always 3 moving guards, with the other 9 staying in the same spot throughout the entire day, one being the camera operator. An additional 3 patrolling guards can spawn (10% chance, 100% on Mayhem+). If there's a drug-deal going on there will be another 7 additional opponents consisting of Cobra members. The bikers are holding onto 3 separate optional assets to assist on Day 2. These assets are located on three tables in the house: the side room connected to the garage via the stairs on the first floor, the second-floor landing is right next to a table, and the final piece is located on the balcony. As soon as the bikers are alerted, bikers located near the tables will move toward the table and begin to light the asset on fire. Once the biker starts the animation, you have about 1 second to shoot the biker and prevent the immolation of the asset (plane-keys excluded). On a stealth assault, one could take out all the bikers and collect the intel without losing any. Going loud, a team can assign target zones to each member to take out and control to find the intel. Also, some Perk Decks, like Muscle and Sociopath, can briefly cause the bikers to panic before they can set the assets on fire.

The often missed point on Day 1 is the massive amount of loot often hidden in the house. This is often where the majority of the mission payout is located. First, to the right of the garage, by the stairs going up into the front room, there is a locked door that can be picked or shot open. Inside of this room, there are 8 ATM's. One team member should bring the OVE9000 saw in case a high payout is desired. One can also bring an ECM jammer as they can also open ATMs, albeit less efficiently.

Additionally, the front room of the house often contains weapon caches and possibly cocaine, while the top floor can contain more weapon caches and money. The storage sheds around the border of the property can also contain weapon caches. These can be collected and returned to your escape van or boat for additional money. If the police have been alerted, then it is best to move the bags to the van as soon as possible before they arrive. Otherwise, the loot must be moved to the escape point while the group is under fire. Additional weapon cases can also appear in the room with ATMs and on the balcony.

This day is notorious for being very difficult and time-consuming if the crew cannot identify the correct fusion reactor or at least narrow down the number of candidates.

The crew starts outside on a hilltop, and they must gain access to the laboratory within the mansion. To do so, they must access one of three locked security rooms, and hack the system within.

Although it is somewhat simpler to carry out the first part of the day in stealth, it is important to note that the alarm will eventually sound once the helicopter is called, regardless of what players do. Additionally, the guards patrol the whole house. There will be between 5 to 7 guards on the map, depending on difficulty and random chance. On Very Hard and below, there will be 5 patrolling guards, whereas on Overkill and above there will be 6. Additionally, there is a 20% chance of one extra stationary guard spawning at the side entrance to the compound. There are several cameras scattered around the mansion, and each one is viewable using the camera feed asset. The crew may wish to kill 3 or 4 guards to clear the map of guards, leaving only a few left patrolling. If too many guards are killed, one additional guard will spawn in as an inspector, patrolling around the map for a brief period of time before despawning forever.

There is exactly one civilian, Mr. Rossy, who is either in the lab, outside the back of the mansion next to the pool or on the far side to the left of the pool, in his office on the second floor next to the server room, or sitting out the front of the mansion on the park bench next to the basketball.

Each security room door can be opened with a drill, OVE9000 saw, three Shaped Charges, ECM Jammer, or a keycard if it was found on Day 1. The system takes 200 seconds to hack. It can take longer if the police are alerted since they will constantly attempt to turn off the power with either of the two randomly placed circuit boxes.

After the hacking is completed, the crew can open the door to the lab, which is in the middle of the first floor. It contains 12 fusion reactor prototypes. At this point, DO NOT indiscriminately bag up all reactors as it will make the mission much harder as identification of the correct reactor needs to be done by bag names. The crew must find out the correct reactor to deliver (see "#Finding the correct fusion reactor"). Once a reactor is bagged, a player can signal the extraction helicopter with a flare outside. If the crew did not narrow the number of candidates to one, then they may wish to carry multiple reactors to the extraction zone at once.

When the helicopter arrives, the alarm will automatically sound if it has not already. Place the reactor in the helicopter, and Bain will take a few minutes to verify the reactor. During this time, the crew should find a defensible position, such as behind the hill next to the extraction zone, or back in the lab.

If the wrong reactor was delivered, then the crew must repeat the process and extract another reactor. After the correct reactor has been delivered and verified, the crew must either wait for the helicopter to return for extraction, or if the airplane keys were found on Day 1, escape with the airplane near the crew's spawn.

Once you have entered the lab you will be faced with 12 fusion reactor prototypes. In order to complete the heist, you must determine the correct reactor to extract. There are three parts to solving this puzzle; the correct fusion reactor is the one with the correct gas tank color, correct number of nozzles connected to the large blue hydrogen tank, and the correct pressure reading on the gauge.

A tool to help choose an engine based on these parts can be found here.

The correct reactor uses one of three possible gases, matching to a different color gas tank as seen on the whiteboard at the bottom of the stairs in the lab. These colors are always the same.

On Day 2, a spiral-bound notebook with one of the gases written on it is randomly placed inside the building (in the lab, or on a table or desk upstairs). It can easily be overlooked if it lies in the lab as it is often in shadows; a tactical light may help to locate and read it.

A page indicating that helium is the correct gas

Based on just this clue, the correct engine can be narrowed down to only two choices very quickly if there are one or two hoses. If there are three hoses, five engines are possible, as engine 10 is never correct.

Reactor with one nozzle attached

Care must be taken inside the lab so the monitor containing the pressure statistics will not be accidentally destroyed and make the identification process much harder.

One of the assets you can obtain on Day 1 is the "Cold Fusion Research Paper". Highlighted in pink in the first paragraph is the name of a specific element. This could be palladium (Pd), Titanium (Ti) or Platinum (Pt).

This will match to a whiteboard in the lab. For each row, from left to right, there is a number followed by H (number of nozzles), then inside the next column there will be a chemical equation, headed by one of the gases and the catalyst:

By matching your catalyst to the row, you would be able to determine the number of nozzles and the gases, completely bypassing the usage of clipboards. However, the intel always says Palladium, as the whiteboard lists Platinum with Helium and 1 hose, and Titanium with Nitrogen and 2 hoses. However, no engine with Helium and one hose exists, and the engine with Nitrogen and 2 hoses is always incorrect. As such, the correct engine will be either 9 or 12, and the only remaining information needed is pressure. 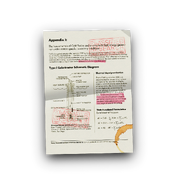 The following table shows the relative location of each engine and its properties:

There are two cases that appear to be ambiguous:

All cameras are Titan variants.

Professor Rossy suffered a serious burglary at his secluded laboratory. He is a highly respected physicist, who has spent years trying to convince the scientific world of the viability of cold fusion - the cheap generation of enormous amounts of power without radiation. The mansion that houses his laboratory is in a remote area, and not easy to reach.

My Notes: I smell the spoor of the Hill on this one. From what we can gather, Prof. Rossy was on the verge of something truly remarkable. If he has finally made a breakthrough, it would be worth a lot to the right - or wrong - people. This one might lead me to a tasty catch, possibly proving Crime.Net’s political connections.