View source
watch 02:17
New Pokemon Games - The Loop
Do you like this video?
Play Sound

"For freedom!"
—Bonnie upon masking up

"Bonnie" McGee is a Scottish Gambler and the ninth announced character for PAYDAY 2 and the tenth to be released. Bonnie is the second female heister added to the game, and the first free one. Bonnie was unlocked on the Hypetrain event on March 1, 2015 and was released March 15th during the Spring Break event.

Bonnie grew up in Glasgow, Scotland, United Kingdom, during the Thatcher Era. The working class was put under significant pressure by the Conservative reign, and these harsh circumstances likely caused Bonnie to turn to a life of crime, becoming a hardened gangster, specializing in bank robbery.

At some point in her criminal life, she met Hoxton and the two formed a friendship.

Years before the events of PAYDAY 2, Bonnie was arrested and incarcerated, likely for armed robbery of an unknown bank. In prison, she used her skills as a gambler to win information, and managed to find out about the infamous Payday gang which she intended to join after her release. She also discovered some pieces of information regarding the person who framed Hoxton. She would latter pass this information onto the Englishman, setting the first pieces of his plan for retribution.

Given Hoxton's determination to catch the rat, he reluctantly accepted her into the gang and used his diplomatic skills and charisma to convince the others.

Bonnie's voice provider during early stages of character development was supposed to be Séainín Brennan, the actress originally responsible for voicing (and presumably providing her face to) Clover before being replaced by Aoife Duffin. In a Tweet[1] by Simon Viklund, Brennan was going to provide her voice to another character in the game, which led many to believe that character was Bonnie, though the in-game credits and another Tweet by Viklund stated otherwise.[2]

In the end, Scottish comedian Rhona Cameron was hired as Bonnie's voice actress and Brennan's involvement in the series, if any, remains unknown. 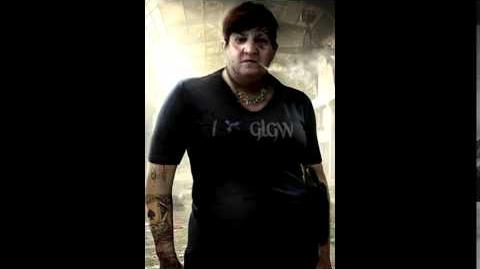 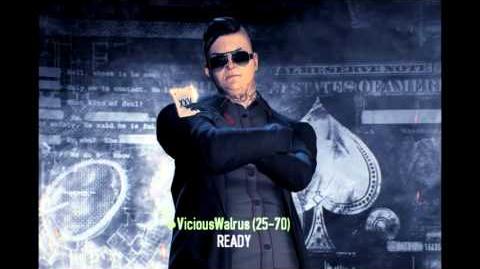 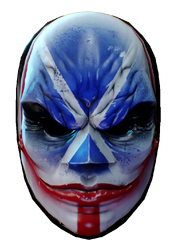 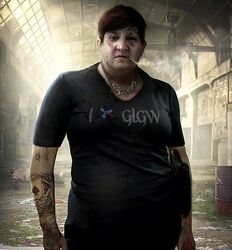 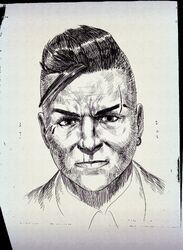 Bonnie sketch from the FBI Files