Diamond Heist is the remastered version of the same level from PAYDAY: The Heist. The crew must break into the Garnet building skyscraper, with the intent of robbing Garnet's vault of its valuable jewels.

The three steps for unlocking the vault can be finished in any order:

Once all three have been done, go down to the vault door, swipe Ralph's keycard, and input the code in the correct order.

Use the glass cutter to open the display cases, as breaking them will sound the alarm.

Move the eight diamond bags to the platform where the players started, and escape.

Find the two router boxes and start their hacks, and protect them from law enforcers. While waiting for them to finish, look for Ralph Garnet and tie him down or kill him to get his keycard.

As the regular code for the vault cannot be used now, the crew has to find the CFO and push him to the helipad on the roof, and wait for Bain to pick him up to get the vault's master code out of him.

After a short interrogation, Bain throws him out of the helicopter and onto the fountain in the atrium. He then provides the code, and the crew can now access the vault.

After bagging the diamonds in the center, they have to be secured by setting up a zipline and sending them to the roof of a building in the distance.

Once all bags have been secured, an endless assault starts and the crew must escape by lighting a flare on the roof helipad and waiting for the helicopter to return.

The Garnet Building is one of the most prominent business centers in the DC area and the crown jewel in CEO Mr. Nathan Garnet’s business empire. Long rumored among high society (and criminals) in Washington to house Garnet’s personal fortune reserve of diamonds, the building has been a viable target for gangs like Payday to hit, and as recent events have shown, those suspicions were founded on very solid ground. Since it was hit, Garnet stock has plummeted, and speculations have arisen as to whether the Garnet Group can survive without reconstruction. At the time of writing this entry, the secretive Mr. Garnet has not made any personal (or public) announcements regarding the incident.

My Notes: This goes to prove that the Payday gang is still, for all intents and purposes, a bunch of simple thieves, motivated by a bottomless greed. For all their notoriety, craftiness and skill, they’re just two-bit criminals at heart and that will be their downfall. The fact that they took the bait on this is perfectly in line with how we will eventually to stop them. The timing of this hit is a bit odd, though. There’s something “off” about the Garnet Group in all of this, but I just can’t put my finger on it yet. 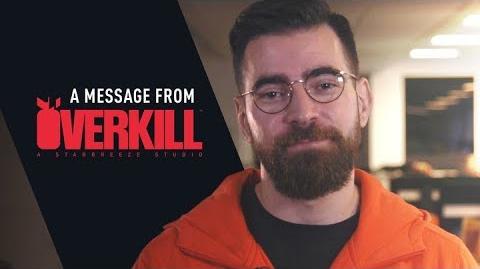 PAYDAY 2 A Message From OVERKILL on PAYDAY 2, H3h3 Character Pack and RAID World War II Launch!
A message from Overkill and teaser 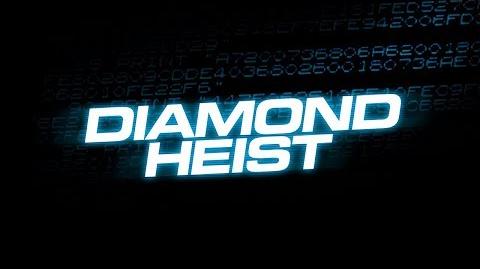