"Stay down, don't show guts, or you WILL show guts."
—Dragan controlling civilians.

Dragan, full alias Dragan Zubović, is a heister working for The Butcher and new playable character introduced in The Bomb DLC trailer.

Like Clover, he was released in his eponymous DLC on January 22, 2015 along with his Lion's Roar and cleaver.

Life had been good to this corrupt Interpol agent. Everyone was on the take. He got to crack skulls, the money rolled in, and he lived like a king. On both sides of the law, he used his contacts to further his own agenda while playing them against each other. But that all ended when he betrayed his partner to the Butcher.

His reward for this ultimate act of backstabbing? To act as her confidant on a mission to the U.S. He would be given a fresh identity, a place with the infamous PAYDAY gang as part of a deal with Bain.

A new life in America, the land of golden criminal opportunities. Perhaps there, things would be different. 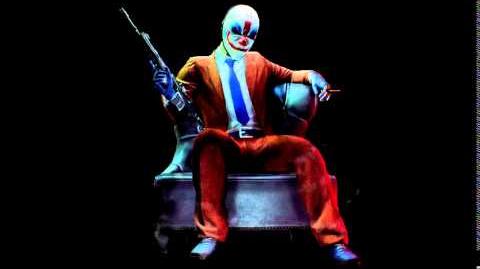 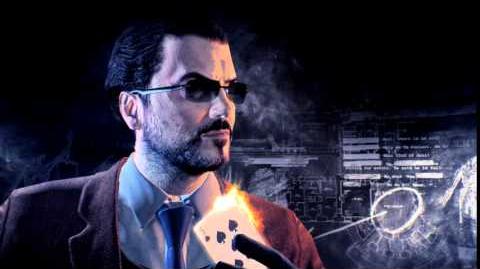 Live-action Dragan as he appeared in The Bomb DLC trailer, as portrayed by actor Dragomir Mršić. 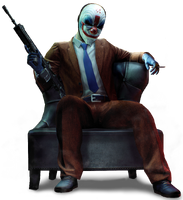 Dragan sketch from the FBI Files