The Ethan Character Pack is a fictional DLC pack for PAYDAY 2, "released" on April 1, 2017 that introduces Ethan Klein from h3h3Productions as a "playable" character. It is not an actual purchasable DLC, but is instead an April Fools joke in the same vein as The Collector Pack in 2015. It is "available" on Steam for $4.20. Unlike the Collector's Pack several of the contents promoted in the fake DLC can be found in the actual game.

Well, it seemed like this at first, getting dressed up in his finest clothes, dressing to impress for the interview. Ethan didn't ask questions when he saw three others wearing various levels of body armor. Even then, Ethan didn't ask questions when he saw rather overly dangerous guns for a night security guard job. Maybe questions should have been asked when at three in the morning, three armed people in clown masks and Ethan pulled up outside of an art gallery. They were just security...right...?

Once everything had been done, Ethan couldn't argue with the money, if it was going to be this easy then he may as well keep doing it, right? Bain said there would be more to come, this was it. This is the way out! This would get the lawsuit fees paid at last! All it takes is a few more jobs...

Masks unlocked by default. Upon launching the game, you will unlock 1 of each mask in your inventory. They can't be sold. Instead, they can be returned to your mask stash for free, but any pattern, color or material as well as the customization fee to put these together will be lost. 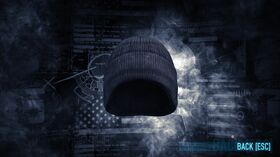 Most robbers choose this snug, concealing headwear to help them blend in with the night. Unfortunately it won't do you much good to conceal yourself carrying all that equipment. 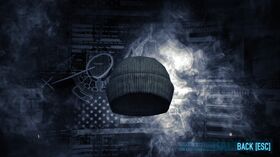 A murky green that adds a touch of subtle mystery to your profile. The FBI will appreciate your fondness for their own green uniformed team. Not that it won't stop them firing on you openly anyway! 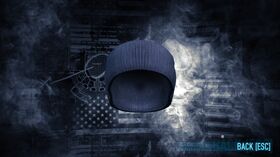 This fetching number will make you the talk of the town. You'll guaranteed(sic) to hear things like: "SEND IN THE TAZERS!", "THIS IS THE POLICE, COME OUT WITH YOUR HANDS UP!", or "WHO ARE THESE GUYS, EX-MILITARY?!" 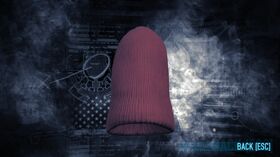 This supposedly "three million dollar hat" is either soaked in the blood of your enemies, or was just made with some red woolen material. Just wash it after each heist!

You've had some rough times, but you managed to bounce back like the champion you are. So well in fact, that you've been blessed by Lady Luck for a while and you're starting to make trickshots like never before! Does this mean luck is criminal? Maybe.

Retrieved from "https://payday.fandom.com/wiki/Ethan_Character_Pack?oldid=166173"
Community content is available under CC-BY-SA unless otherwise noted.