Fragmentation Grenades (or Frag Grenades) are the first throwable weapons in PAYDAY 2. They are part of the Gage Weapon Pack #01 DLC.

Frag Grenades can be thrown by pressing "3" and has approximated fuse time of 3 seconds. They can be bounced through doorways and around corners if thrown carefully, and are powerful enough to kill weaker enemies instantly. Stronger opponents (such as Heavy Response Units and Maximum Force Responders) will usually be knocked down and often lose their helmets; this is purely aesthetic and no extra headshot damage is granted. Grenades cause damage to most destructible objects in the game, and can be used to complete the damage objectives of Mallcrasher. However, they will also destroy boards placed over windows and computers in the lab of Big Oil, potentially destroying a valuable clue.

Grenades can be detonated prematurely if struck by gunfire, even from your own weapons; care should be taken if throwing them towards a group of SWAT units that are actively firing towards you. Very few things are more humiliating and painful than you and your allies taking a lot of damage because your grenade was hit by a stray bullet. Frag grenades also do damage through walls, so beware of throwing them near teammates or crowds of civilians, even if separated by a wall.

Bulldozers will always be stunned by grenade explosions and stagger backwards if they are within the 10 meter blast radius. Take advantage of this to repel incoming attackers when low on ammo. In addition, the explosion can remove his faceplate or visor, potentially exposing his face to regular damage.

Those with incredibly good aim can purposefully shoot to detonate their own grenades tactically. If capable, one can toss a frag above a group of enemies and blow it up to cause massive damage. Automatic hitscan weapons such as assault rifles, LMGs and SMGs are best suited for this role because of their high rate of fire and/or relatively good accuracy at mid-to-long ranges.

Grenades, along with other throwables except for the Shuriken, are very helpful when activating the Berserker skill. Three direct explosions usually aren't enough though, and you may need to request the help of teammates or buy a grenade case asset. If wearing a suit though, three direct explosions will be more than sufficient to get your health below 25%. Chaining explosions is the most effective method, as a lot more damage will be done once your armor has been depleted.

"GET THE FUCK DOWN!"
—Wolf when tossing a grenade.

"It's time to shake the ground!"
—Hoxton when tossing a grenade.

"Duck and cover, campers!"
—Dallas when tossing a grenade.

"Eat this!"
—Chains when tossing a grenade.

"Bomb!"
—Houston when tossing a grenade.

"FRAG OUT, FUCKERS!"
—Clover when tossing a grenade.

"Granata!"
—Dragan when tossing a grenade.

"I got you a present!"
—"Jacket" when tossing a grenade.

"BOOM!"
—Bonnie when tossing a grenade.

"Cover your ears!"
—Sokol when tossing a grenade.

In-game preview of the Frag Grenade. 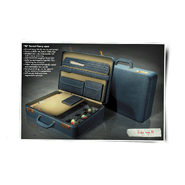 A preview of the Grenade Case Asset.

A preview of the Fragmentation Grenade. (Thrown)

Grenades exploding in the Transport; Underpass job.
Add a photo to this gallery

Retrieved from "https://payday.fandom.com/wiki/Frag_Grenade?oldid=160503"
Community content is available under CC-BY-SA unless otherwise noted.