The Gage Historical Pack is the thirteenth paid DLC pack for PAYDAY 2. It sheds some light on the background of the gunrunner Gage.

"Gage has kept these masks for himself for a long time. Too long! The time has come for you to wear these faces of old. Behold!"
—Announcement site quote. 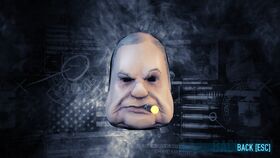 Politician, prize winner, owner of many medals and the first honorary citizen of the United States of America. By some it was said that he had a flawed character, saying; "never had people admired and despised a man simultaneously to the same extent; never had such opposite extremes been combined in the same human being." 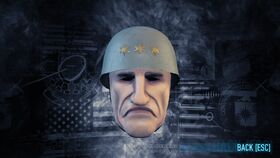 One of the bravest men I saw in the African campaign was on a telegraph pole in the midst of furious fire while we were moving toward Tunis. I stopped and asked him what the hell he was doing up there. He answered, 'Fixing the wire, sir.' 'Isn't it a little unhealthy up there right now?' I asked. 'Yes sir, but this goddamn wire has got to be fixed.' I asked, 'Don't those planes strafing the road bother you?' And he answered, 'No sir, but you sure as hell do.'

Now, there was a real soldier. A real man. A man who devoted all he had to his duty, no matter how great the odds, no matter how seemingly insignificant his duty appeared at the time. 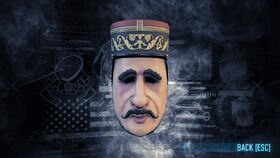 For much between 1940-1969, the Constable was the dominant military and political leader of France. Refusing to accept his government's armistice with the German invaders in 1940, he set up his base in London, proclaimed himself the incarnation of France, and created the Free French movement. During the war he rallied the overseas colonies, especially those in Africa, organized the Resistance from abroad, and struggled to gain full recognition from the British and Americans. 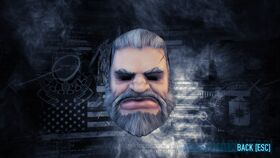 "In Soviet Russia, Red Bear kills you." No one knows exactly who the Red Bear was; some say he was just a myth, a symbol of the motherland and everything that was strong, combined into one being. Only the stories are known and told again and again. Like that one time, when he killed a bunch of bears and came back home all in red, drenched in blood. 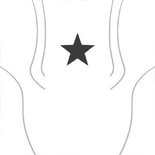 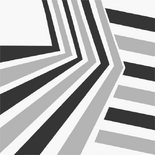 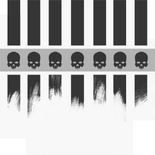 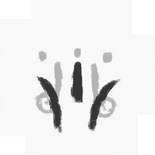 "Time to crack open the crate and take a closer look at the vintage merchandise. Ah, the memories! You'll notice that there's a little bit of everything for everyone in this shipment - there's an SMG, a sniper rifle, an LMG, and a pistol. Bit of an all-rounder, this one."
—Announcement site quote.

"What would a Gage Weapon Pack be without additional tools so you can kill people in melee? Back in the day, real soldiers used anything they could grab hold of to hit, stab, or bludgeon the enemy into submission. Things like the Potato Masher (actually a grenade), the Spear of Freedom (actually a flag) and two more essential artifacts of the period. Check them out below."
—Announcement site quote.

The Spear of Freedom

"Back in the day, before picatinny rails and modular weapons platforms, modifications usually meant hacksaws and welding. Having said that, there's a total of 20 available mods that should make it somewhat easy to tailor these classics to your particular needs. Some of them practical, others more... aesthetic."
—Announcement site quote.

"You thought achievements were old news!? Think again! These achievements will make you think that you're back in the golden age of achievements, when people thought they were going to be worth a damn. Enjoy five exciting challenges that will make you come back for your PAYDAY, too."
—Announcement site quote.

A hidden message is stored within the Gage Historical Pack microsite's background. The site's script selects randomly out of three backgrounds with each containing one third of the message. The message consists of capital characters with spaces around middle of the background.

Characters from the three backgrounds could be combined together. The combined text is ciphered using Caesar cipher with 13 characters shift forward. (This is known as ROT13, commonly used throughout the internet and fan materials for spoiler postings.)

The message "Whoever possesses the diamond will surely perish" might be interpreted as a teaser for the The Diamond Heist DLC, which was released after the Gage Historical Pack.

Retrieved from "https://payday.fandom.com/wiki/Gage_Historical_Pack?oldid=168142"
Community content is available under CC-BY-SA unless otherwise noted.