Gage Weapon Pack #01 is the second paid DLC for PAYDAY 2.

"Thanks to Gage and his modding skills, you are no longer stuck with a default semi- or autofire mode on your weapons. Any weapon that can fire full auto right now has been modded with a switch to semi-automatic (except the Swedish K - its design is just too basic.)

There's also a semi that can now do full auto. Guess which one..."
—Announcement site quote.

Some Weapons now have toggle firing modes by pressing default key "V" to change firing mode to Semi or Fully-Automatic. The player can view which firing mode the weapon is set on the HUD on right side of ammo counter with "I" being semi-automatic and "III" being fully automatic. Players who bought the DLC can permanently set a weapon's firing mode by using Auto Fire or Single Fire attachments.

Primary Weapon and Secondary Weapon slots were increased from 9 to a purchasable 36 slots for those who joined the Payday 2 Official Steam Group. Each slot costs $800,000 spending cash and cannot be refunded.

Up to three grenades may be carried at once. Anybody may replenish their supply from grenade cases.

"When Gage agreed to do a delivery, we said: "You gotta have at least one set of masks in there or people are gonna get upset". Well, masks isn't his primary line of business - that's shooting things - so we can only guess where these poor animal masks came from. Let's not ask; the less we know, the better, probably... or maybe Gage can share his thoughts on the selection?"
—Announcement site quote. 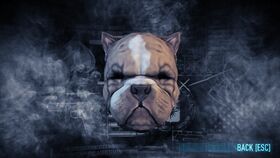 Arnold the Bulldog has always been a doge of great ambition.

He wanted to build much body - and he did. He became the biggest doge in his little mountain town and received such prize. 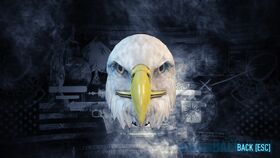 Chuck the Eagle represents everything that is righteous, good and true.

A famous Martial Artist found this huge eagle while he was doing karate in the mountains of Alaska.

They had a fight for several hours but eventually the Martial Artist won. He took the head, made it into a mask and named it after himself. 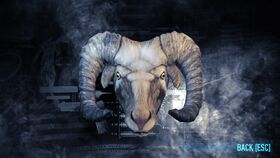 It was found by a group of adventurers in a mountain cave in the most northern parts of Sweden.

Legend has it that the god of thunder, Thor, had a chariot that was pulled by two goats. This mask probably has nothing to do with that legend though. That would be crazy. 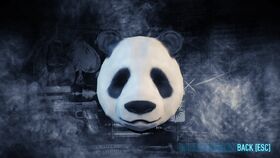 Jean-Claude the Panda used to be really cool and star in all sorts of crazy stuff.

Sadly, he later became a drug addict and stopped being cool. Because of training however, he managed to get back on track.

Most recently, you could see him do this weird things with two trucks. That shit was fucked up. You should check it out if you haven't.

"It's just like they say, the material makes the mask. Here we have a mix between rough metals and soft fur. You have the Oily Metal and Heavy Metal materials giving your mask that extra heavy feel. If you're going for the industrial look, the Galvanized Steel material will work wonders. Finally, the fur material will make even the most hardened criminal feel the love."
—Announcement site quote.

"Patterns, patterns, patterns! Gage loves mask customization as much as we do. We got a special mix of patterns, all flavored by Gage's personal interests. The Digital Camo and 'The Vet' patterns are inspired by Gages' time serving this great nation. The Commando pattern is inspired by a favorite movie of his and the Hunter pattern - well, you'll understand when you see it."
—Announcement site quote. 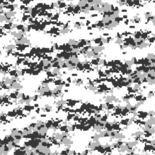 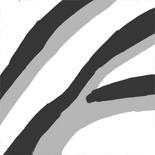 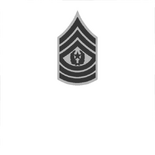 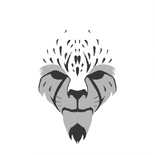 "What's in the box? Only Gage knows. Just kidding, he told us. Seeing as he's the number one arms dealer this side of... the civilized world, how about some awesome guns, some sweet mods, and some amazing community freebies? Let's have a look! Just be careful walking around the shop, we hear someone stepped on a landmine this one time..."
—Announcement site quote.

"Gage made some achievements for you guys as well. They're pretty old school and repetitive, but Gage told us a true warrior knows how to grind something for a super long time without being tired. He was holding a gun at the time so we didn't want to argue the point. Here goes..."
—Announcement site quote.

The following appeared on November 26, 2013, and were replaced at the release of Gage Weapon Pack #01 on December 5.

Retrieved from "https://payday.fandom.com/wiki/Gage_Weapon_Pack_01?oldid=188040"
Community content is available under CC-BY-SA unless otherwise noted.