The Gage Weapon Pack #02 is the third paid DLC Pack for PAYDAY 2.

"Of course, it wouldn't be a Gage pack unless he included some insane masks for you to conceal your identity with. I don't even know where he got the inspiration from, but I am guessing... machine guns... and... supervillains ? No idea. Let's find out."
—Announcement site quote. 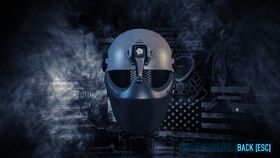 4th Domestic Operation Group-force Enforcers-Alpha (4th DOGE-A), popularly ridiculed as Alpha Force, is a U.S. Army component of the Joint Common Operations Command. They're reputation is pretty poor and have become a less and less respected force to deal with.

One of the members probably dropped this helmet when he fled from you. 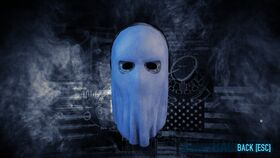 Commander Crime is an American fictional character, a supervillain and the supreme leader of the criminal network C.R.I.M.E. who appears in comic books by OVERKILL Comics.

Commander Crime made his first appearance in The Amazing Career Criminals: The PAYDAY gang gets a C.R.I.M.E. offer they can't refuse! 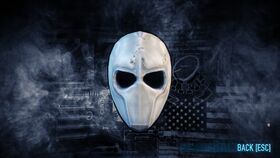 The Gage Blade is one of Gage's own personal favorite ballistic face masks. It will protect your face from one or two 9mm bullets before your head explodes.

Without this mask, Gage wouldn't be the wonderful human being he is today. 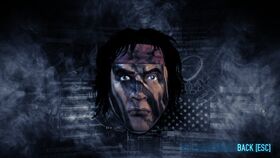 The Troubled War Veteran is a mask that Gage has worked on for some time. Back in the Vietnam war Gage met this big-muscled guy who went nuts and started to use a bow instead of modern weapons.

He died pretty early in the war, but for some strange reason Gage couldn't forget his face. 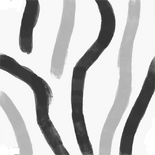 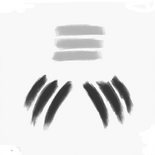 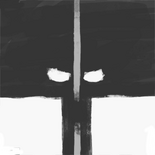 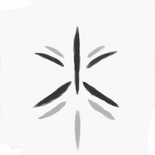 "Gage figures if you can't see the enemy until they're right on top of you, you gotta be able to shoot them a lot very quickly once you DO spot them; and nothing else will fire more bullets in a shorter time than these babies. They also carry a metric s♥♥t-ton of ammo, so even if you can't see them coming, you can always afford to spray a bit of extra lead into open vents and manholes for good measure. Better safe than sorry, right?"
—Announcement site quote.

"Guns for show, knives for pro's – Gage has carefully selected four of his favorite knives to give to you from his huge knife collection. Choose between the URSA Knife, Krieger Blade, Berger Combat Knife and the Trautman Knife."
—DLC Page Description

Knives are a new feature introduced in a patch alongside this DLC, introducing new melee weapons and gameplay to the game.

"And finally, what would a DLC be without the added achievements to unlock. Gage heard that you don't like stat based achievements and went out of his way to create 10 really, really hard achievements. Check them out below."
—Announcement site quote.

The following appeared on January 27, 2014, and were replaced at the release of Gage Weapon Pack #02 on January 30.

Retrieved from "https://payday.fandom.com/wiki/Gage_Weapon_Pack_02?oldid=165692"
Community content is available under CC-BY-SA unless otherwise noted.