"Time to head out to the FBI safe house outside town, that's where the feds have our informer. That's where we end this."
—Hoxton offering the heist.

Hoxton Revenge is a one day heist unlocked during the Hype Train event after reaching 1,600,000 gallons of Hype Fuel, and was released on March 21, 2015: the ninth and final day of the Spring Break event.

This heist is a direct continuation of the Hoxton Breakout heist. It focuses on Hoxton attempting to find and punish whoever put him in jail. Tracking the rat to a multi-level FBI safehouse, the crew must eliminate the rat once and for all, and escape with enough incriminating evidence to cover their tracks.

After bypassing the fence, either through the locked gates (lockpick or break the lock), broken planks, or simply jumping over using rocks outside, the first requirement is getting into the house. Before entering, the burglar alarm (an electrical box with a loose GenSec cover) must be located, preferably by looking into the property through the windows or by taking a look at the camera access on the roof; upon entering, the timer will begin counting down from 20-45 seconds, depending on difficulty. The alarm will sound if it expires before being disabled. Next, the panic room must be located: it can spawn in either the main house or the extension, on any of the floors, and will be in one of the alcoves that normally acts as a walk-in closet. Once located, the panic room must be unlocked with any two of the following:

If trying to escort the hostage, players should exercise caution around him: he can untie himself and call for help, so you should strongly consider killing him after the scan. If playing on higher difficulties, be aware that the FBI guards outside the fence may spot him being moved, so try to make sure he is not in view of a window for too long. After he unlocks the door, a timer above the door will begin to count down, opening after one minute and exposing the unarmored and unaware rat. After killing him, players must finally start to gather evidence located around the house (either brown cardboard boxes or wall-mounted boards with photographs and post-it notes). It should be noted however that evidence can be found and gathered at any time during the heist. After loading the minimum amount of evidence into the van, escape is made available.

As soon as the alarm sounds, the rat will immediately secure themselves inside their panic room, which can spawn in a number of locations. Searching the house, the crew must first find it: though incredibly conspicuous (as it's a huge metal partition with a vault door), this can prove difficult as both the main house and the extension have multiple floors and a basement to check. Additionally, the FBI will enter the map from all sides (via the garden fences) and access the house through the basement, windows, and upper balconies; combined with heavy sniper cover from the neighboring properties, it's highly recommended that players stay indoors when possible. After finding the panic room, Bile will then announce he is en route with the thermal lance, during which time players must hold for a few minutes. Dropping in a random part of the map, sometimes in exposed areas such as the garden, the drill must be fetched to the door and allowed to work. Similar to fighting the Commissar in Hotline Miami heist, the players will occasionally be taunted by the panic room's occupant and, once exposed, will be attacked by a unique enemy, who drops either a flashbang or smoke grenade when the door opens, and then proceeds to attack players with an IZHMA 12G. The rat will also be wearing ICTV armor with a riot gear helmet that is kept inside the panic room vault when the door is opened. Once the rat is dead, Bile will announce his return in a few minutes, during which time the players must bag up the evidence against the crew (brown cardboard boxes and photo collages on the wall) scattered throughout the map. Bile will hover the helicopter at one of the rooftops or balconies, with both being highly exposed and over a reasonable drop; as such, bags should be moved quickly but very carefully lest someone be downed or a bag dropped. Players can board the helicopter once enough evidence has been gathered, or can stay and collect the rest for a higher payout.

The rat is revealed to be Hector, one of the original contractors in PAYDAY 2. The tapes scattered throughout the safehouse show conversations between Hector and an FBI handler, with Hector trying to play both the FBI and the Payday Gang while his handler takes advantage of Hector's access to Crime.net. After setting up Hoxton, Hector is revealed to have led the FBI to the cocaine transport in Watchdogs, and then infuriated his handler by destroying the Mendoza Cartel (who were also an FBI asset) in Rats. Finally, after the Hoxton Breakout, Hector went into hiding under FBI protection to prepare an indictment for the entire gang.

Even if the player misses the tapes, which can be difficult to hear once the heist has gone loud, the evidence the player picks up also points in his direction. Hector is conspicuously absent from the chart of suspected Crime.net contractors under investigation, and another chart is dedicated to "Operation Watchdog," detailing the mission of the same name. Hector can also be heard taunting the player from his panic room. Finally, if the player doesn't recognize Hector's in-game model or voice, Bain will be able to identify Hector after his death. Killing Hector earns the player(s) the "I'm An Avenger!" achievement.

This incident regrettably occurred at one of the Bureau’s most secluded safe houses. Despite the level of security, the Payday gang was able to get through to the secured asset - a South American drug baron turned informant called Hector Morales - and eliminate him.

My Notes: A real black mark on the history of the Bureau. The best security we could provide, and the clowns went right through it. And the dead rat? Well, he was one of the few that might have delivered Bain to us. We lost a shot at a clean prosecution, but no-one will cry over the corpse of Hector Morales.

Surveillance Drone outside of the FBI Safehouse.

A SWAT Van Turret at the front door of the FBI Safehouse.

The FBI Panic Room located on the 1st floor.

The crew sneaking around the front of the house. 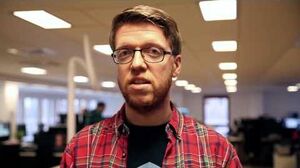 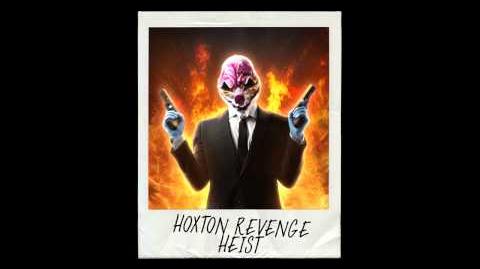 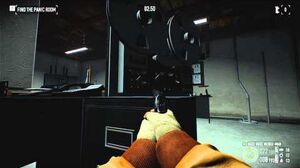 High quality Hoxton Revenge evidence tapes (In order)
Recordings of the conversations between the Director and the Rat.
Retrieved from "https://payday.fandom.com/wiki/Hoxton_Revenge?oldid=188148"
Community content is available under CC-BY-SA unless otherwise noted.