""The following presentation has been approved for mature audiences only.""
—Jacket upon masking up.

Jacket is a violent criminal originating from Miami. This is the ninth character made available to the community in PAYDAY 2.

He was released alongside Hotline Miami 2 on March 10, 2015 for the PC edition of the game, along with his signature weapons, the Jacket's Piece and Carpenter's Delight.

Although Jacket is the last one to brag – he doesn’t speak at all – his achievements in the criminal underworld are widely known. Allegedly, he once wiped out the entire Russian mafia in Miami all on his own. His background in the military and his unflinching attitude towards over-the-top violence has made him an excellent hitman – or “messenger” as some like to call it. For unknown reasons he remains completely mute and chooses to communicate only with the help of a tape recorder – playing back bits and pieces of language learning tapes, PAs and documentary narrations instead of speaking. 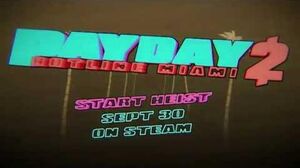 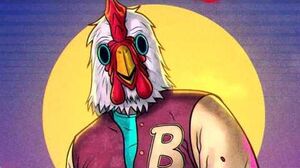 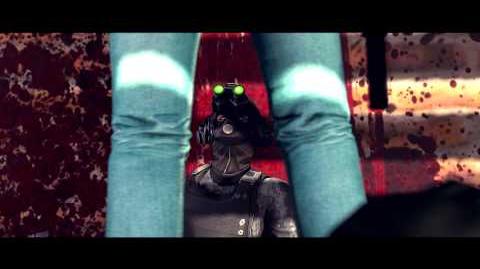 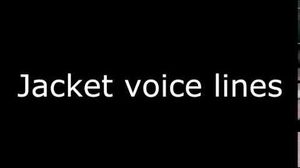 Jacket as introduced in his trailer 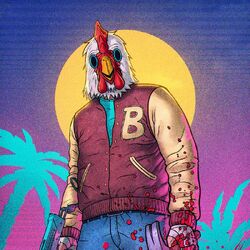 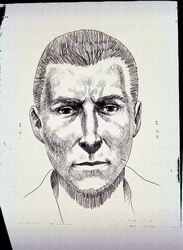