View source
watch 04:03
Wiki Targeted (Games)
Do you like this video?
Play Sound

"Alright, let's do this thing!"
—Wick upon masking up.

Jonathan "John" Wick is a hitman and playable character introduced in Update #40 as a promotional character from the 2014 action movie of the same name. He is the very first character to be released post-launch. Released alongside Wick is his signature Chimano Compact and the Hitman perk deck.

Wick had a weapons pack introduced on the 20th of October 2016, which included his signature pistol from the film, and a heist pack on the 9th of February 2017.

John Wick went dark after love made him retire from the career of a hitman, helping the Tarasov Syndicate rise to power in exchange for a quiet exit from the criminal life to marry Helen, the love of his life. But a few years after he went legit, Helen Wick contracted terminal cancer. When Helen passed away, she left John a posthumous gift of a dog named Daisy as a way to help him grieve. When the son of Wick's former boss took away the only link left to the life that he left behind during a reckless car theft, Wick in turn eliminated every last member of the criminal syndicate, including the man who granted him his freedom. Since then he has appeared in Washington to continue his criminal trade and to remind D.C. of one of the most feared hitmen in the criminal underworld.

According to Wick's Crimefest description, he and Chains were former comrades during their time in the military. Apparently Wick has just resurfaced after a time of "going dark" to lend Chains (and his buddies) a hand.

Based on in-game interactions, Wick and Hoxton have apparently known each other for quite some time, or at least have heard of each other, though the former case is more probable due to Hoxton knowing about Wick's family.

As seen on the Crimefest site, Wick apparently has an affinity for shades/sunglasses, as he wears a pair as his signature "mask", and a couple new sunglasses were introduced alongside him. 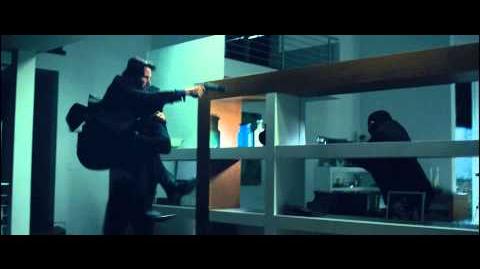 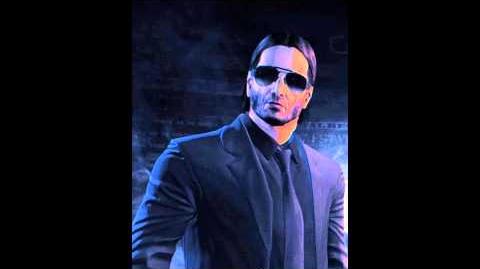 For comparison: Wick's in-game model (left) vs. his movie counterpart (right) as portrayed by Keanu Reeves.