Unlike PAYDAY 2, the Loot system in RAID: World War II has a much more broad and loose definition. By its standards, any and all item pickups in a map can be considered loot if it's not a mission objective, and with the exception of dog tags and gold, are affected by the relevant Challenge and Booster cards.

As of current, there are three types of collectible loot in the game: Ammo and Health, Dog tags and Gold.

Due to the lack of personal restorative items like Doctor and Ammo bags in RAID, the most common sources of replenishment for players come in the form of loot crates, that are scattered in large quantities around each map.

Loot crates often contain ammo pickups and bandages, along with the occasional grenade. These crates can be identified by their light green coloration, and are vastly abundant in maps with enemy camps and stations. Most crates can be opened right away, while others may need to be picked open first. Army crates are a reinforced version of these and can only be opened with crowbars.

Scattered throughout each regular map are the dog tags of fallen RAID personnel, that Mrs. White encourages the crew to retrieve so that the SOE can inform their families of their bravery. Each collected tag adds to the XP reward chest during the post-game screen, and enough of them will expand the reward pile and possibly granting additional gold, outfit pieces or even new melee weapons.

Securing excess loot in several missions like Trainwreck also adds to the pile. 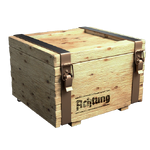 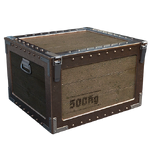 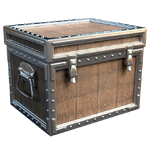 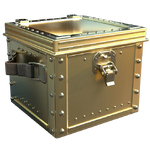 An average of around 30-37 dog tags are scattered throughout each map, and while most are found in plain sight, like on chairs and desks, others may be hard to find, though the tags have a white sheen to them to make them stand out from the scenery.

Gold is RAID's answer to currency, and can be used for a variety of purposes. Unlike in PAYDAY 2, the gold income of a player is vastly smaller as gold itself is harder to actually earn compared to money, as loot items secured during missions aren't usually exchanged into spendable cash. That being said, actual uses of gold in RAID are currently limited to purchasing decoration upgrades for the Camp, respeccing proficiencies or buying the occasional outfit.

A player's gold count is denoted by the

icon, and unspent gold bars are stacked into piles around the bomb in the center of the Camp.

In order to get gold during normal gameplay, one must fill up a "loot" (or rather, as LGL puts it, "Greed") bar by finding and collecting stray valuables scattered throughout each map. Each time the bar fills every player will be awarded with one gold unit, and rarely ever will there be enough loot in a map to fill the bar multiple times. While players can occasionally stumble across locked treasure chests in missions, each chest in total only contain a maximum of two bars worth of gold.

By far the most effective means of accruing gold in RAID is playing Outlaw Raids, as unlike in normal missions each article of loot in an Outlaw Raid are worth one full gold bar. Small amounts of gold can also occasionally be awarded during the post-game screen should the players manage to gather enough dog tags. 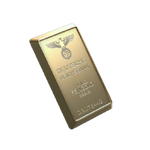 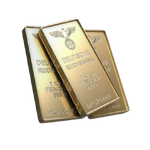 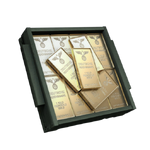 Quitting, restarting or failing a mission will forfeit any gold earned.

Retrieved from "https://payday.fandom.com/wiki/Loot_(RAID:_World_War_II)?oldid=164207"
Community content is available under CC-BY-SA unless otherwise noted.