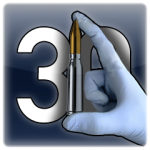 One shot, one kill - repeat is an achievement for killing 30 people, including civilians, in 30 consecutive shots using only the M308.

The M308's red dot sight, which is unlocked at level 31 of the Sharpshooter tree, is recommended for improved accuracy.

Retrieved from "https://payday.fandom.com/wiki/One_shot,_one_kill_-_repeat?oldid=121567"
Community content is available under CC-BY-SA unless otherwise noted.