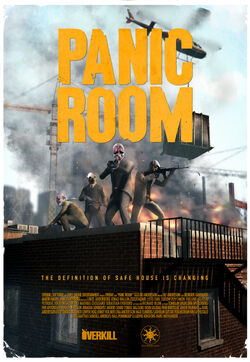 "The definition of safe house is changing"
—Poster tagline

Panic Room is a heist that involves a daring smash-and-grab operation that begins with the team entering a dilapidated apartment-building-turned-gang-hideout under the pretense of making a drug deal. The real target, however, is the steel panic room filled with cash and bolted to the floor of the building's third story.

The heist begins with the crew being invited to the building operated by a gang of armed drug dealers. Posing as buyers, the crew enters the building with the intent of stealing the gang's panic room, which is filled with cash and drugs. The heist can be initiated by the crew, and it is recommended to do so after finding the gang's leader, Chavez, who posesses the key to the room housing the panic room.

Once the crew obtains the key, either by tying down Chavez or killing him, the crew must attach four saws to the base of the panic room, two saws on the floor of the third floor, and two saws on the ceiling of the second floor.

Hidden throughout the apartment complex are bundles of cash that can be picked up by the player for an instant reward. If the player takes 10 of them during the heist, then they are rewarded with the Are there more than two? trophy.

The crew engaging the police. 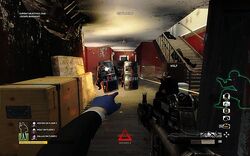 Shields rushing the player crew inside the apartment building. 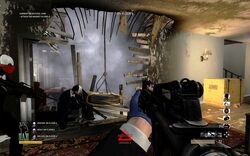 The Panic Room vault ready to be picked up.

The ambush outside of the building.

The crew engaging law enforcers inside the apartment building. 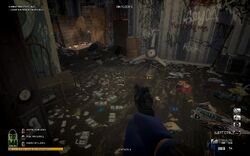 The giant toothbrush in the bathtub. 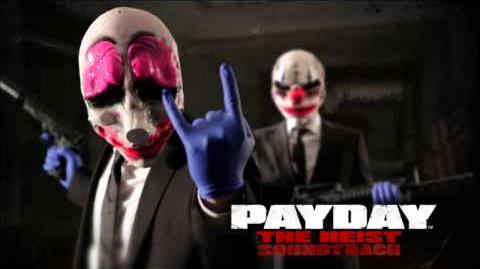 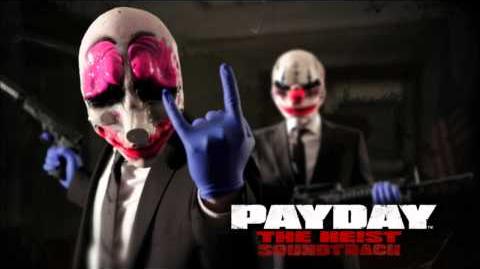