Antonio "Tony" Montana, also known by the moniker Scarface is a Cuban Kingpin and the 17th playable character in PAYDAY 2. He was released on December 15th, 2016 in the Scarface Character Pack along with his signature weapons, the Little Friend 7.62 and the Lumber Lite L2.

They don't make 'em like Tony anymore. A fast talker who knows what he wants and how to get it. He's the real deal when shit hits the fan, a true born heister. He doesn't back down for anyone and he dishes it out just as hard as he can take it. This guy's got balls. 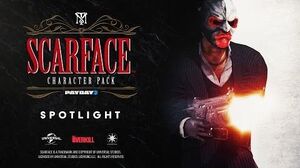 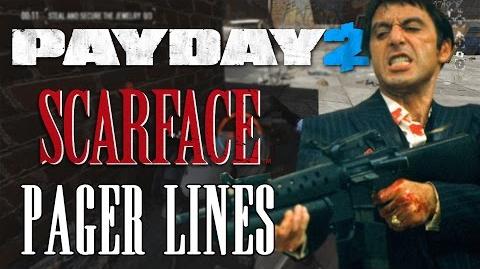 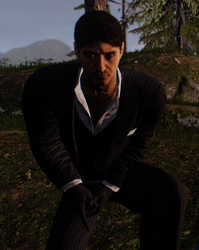 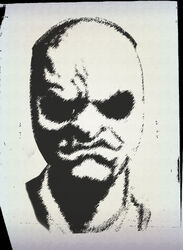 Scarface's FBI files sketch from when he was first released, using his mask rather than his face.

Artwork of Scarface for the Master Plan DLC bundle for Crimewave Edition, along with Sangres.