"Plan B is just as entertaining."
—Sokol to the crew, "Golden Grin Casino" Trailer

Sokol, or otherwise known by his presumed name Sergei Kozak, is a former professional hockey player from Russia introduced in his own trailer.

He is the eleventh character available, and the third paid one. He was released alongside the "Golden Grin Casino" heist on June 25th, 2015; like Clover and Dragan, he was released in his own character pack alongside a heist release and his signature weapon: the Valkyria.

Russian born Sokol had a bright future as a hockey player, a grinder for the STP Bombers. However, this was a front. Between matches, Sokol was a robber of casinos, and left a trail of emptied vaults from Moscow to Minsk. Eventually, the Russian police closed in. Sokol evaded them but knew his time as an independent heister was drawing to an end. Only one other man had the resources and insight to figure his identity, Bain. Sokol was offered a place in the PAYDAY gang and a ticket to Las Vegas for the heist of a lifetime.

Though young, Sokol has everything to become a legendary heister. A gifted athlete, Sokol also possesses keen intelligence and understands his role in a team. He is fearless and physical, and uses this to get amongst the enemy, whether that be a team of hockey players or a team of SWAT.

Prior to joining the crew, Sokol was a member of the (fictional) St. Petersburg Bombers ice hockey team and became a career criminal after too many suspensions on the ice for violence and doping scandals; his motivation for joining the Payday gang appears to be nothing more than the money, as shown in the pack trailer. Whether Bain had any ulterior motives behind recruiting Sokol (e.g. encouragement by The Dentist) remains unclear at this time, though Sokol is supposedly responsible for the design of the BFD. 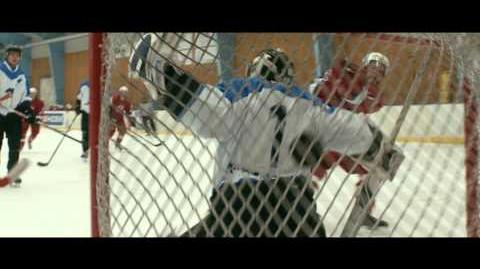 Live-action Sokol, as portrayed by Aleksandr Lobanov in the Sokol Character Pack Trailer.

Sokol's mask as shown on the announcement site.