The Biker Heist DLC was released on June 17, 2016 alongside its companion heister pack. It is the thirty-third paid DLC pack for PAYDAY 2. 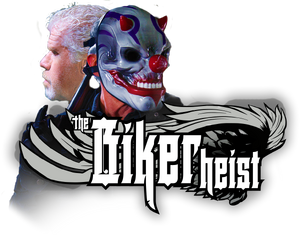 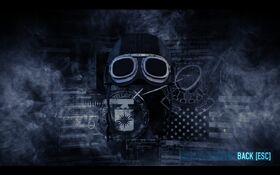 This old school motorcycle helmet is part of a legacy all bikers around the world cherish. And it's more about nostalgia rather than style. This helmet transports you back to the golden biker days of the 1940's. 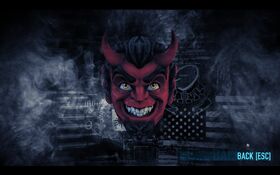 What better way to symbolize the do-not-give-a-fuck attitude of the biker lifestyle, than by wearing the face of the Devil. The ultimate symbol for breaking the law. 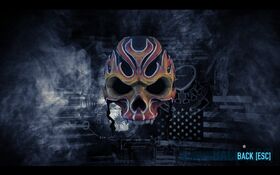 The skull as a symbol can either mean death or mortality, and we humans have always had a fascination for it. Wearing this motorcycle helmet looks powerful and intimidating. 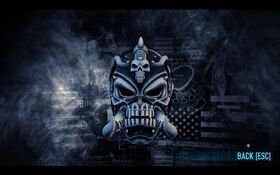 This helmet is reserved for the top dog in a biker gang. It demands respect and authority from your brothers, and when it's time to do battle, you wear this helmet proudly and ride at the front.

Shiny and Chrome
Unlocked through
Achievement 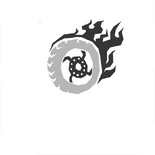 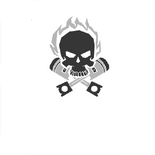 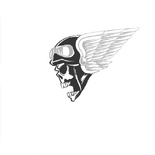 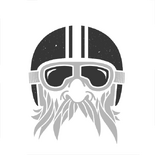 The "secret item" is a comically oversized bottle. It spawns in one of four locations: In the vantage point, the bar, the roof's supporting structure above the bar area, and in the bunker. Due to a possible spawn location being in the vantage point, players that want this achievement will require owning the Gage Sniper Pack DLC or have a friend that owns it, and since it can spawn in the bunker, which can not be opened unless the bike seat is required for the bike, multiple tries may be required to get it.

The easiest way to accomplish this is to simply set a sentry gun on each side of the mechanic and replace them when they run out of ammo. To counter Maximum Force Responders and Shields, acing the Engineering skill and setting them to AP Rounds mode is recommended.

A crew of at least 2 human players is recommended, to get past welding objectives faster and to help up other crew members quickly. It is almost required for at least one of the crew to have Inspire aced to not only speed up the run to the front of the train, but also to swiftly help up downed crew members. Acing Close By/Lock N' Load is a good idea to deal with nuisance enemies while still keeping up the fast pace. Wearing armor heavier than the Heavy Ballistic Vest is strongly recommended against.

The enemies that spawn can mostly be avoided, unless they are directly in the path towards a door. Snipers and turrets only pose significant threat when a crew member is downed or the crew needs to weld open a door, and can otherwise be ignored.

The Biker Boss at the front end of the train can only take up to 800 damage per shot, making the Thanatos .50 cal and HRL-7 extremely ineffective at killing her. The best way to deal with her quickly is to pair a high damage-per-second weapon with aced Swan Song, for example the Akimbo Krinkov. 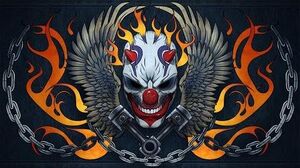