The Collector Pack is a fictional DLC pack for PAYDAY 2, released on April 1, 2015. It is not an actual purchasable DLC, but is instead an April Fools joke. It is "available" on Steam for ;) 24,99.

"...his one true goal in life to be the very best, like no one ever was."
—Overkill Software on the Collectors Pack webpage

Cash Catchem is a heister announced on April 1st as a joke by Overkill. Parodying the fictional character Ash Ketchum from the television show Pokémon, he would fulfill the role of the Pack Rat. He would supposedly be available as part of The Collector Pack.

Leaving his home at the ripe age of ten, Cash Catchem was headed out on adventure and a better life, his one true goal in life to be the very best, like no one ever was. A goal achieved by shoving innocent critters into tiny containers and pitting them against each other.

You know what? If we just leave him alone and let him do his thing, maybe he’ll go away. 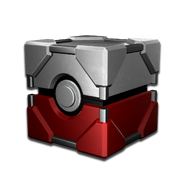 Capture Cube
Rather than explode, this new type of grenade allows you to keep any cops you’ve converted for a later date. 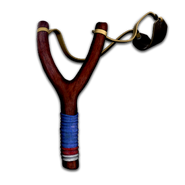 Cash's Slingshot
Laughable at first, but have you ever gotten one of those pebbles shot in your eye, man? That shit hurts. 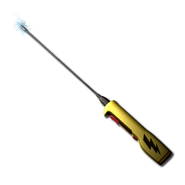 Tasechu
Who needs a bludgeoning weapon when you can just send 600,000 volts into someone, knocking them unconscious so you can shove them into a tiny container?

The Collector needs at least one of the world’s rarest things. Not to sell or display. Just to have. Collectors can carry more of everything, more money, more loot and more ammo, just don’t expect to get it back.

Tips: Remember that you can only have six captured cops with you to any heist. Also, make sure that you have a diverse line-up. Having only Bulldozers can cause you trouble if you face a challenger who has Cloakers.

Cash Catchem the Worthless Scumbag.
Add a photo to this gallery

Retrieved from "https://payday.fandom.com/wiki/The_Collector_Pack?oldid=160893"
Community content is available under CC-BY-SA unless otherwise noted.