"The Diamond is historic. It is also extremely valuable. I am one of the few people with the connections to move it. You will retrieve it, for an anonymous individual who I represent. Devise a plan and execute upon it. I'd wish you luck, but luck has nothing to do with it."
—The Dentist offering the heist

The Diamond is a heist released on December 15th, in a DLC of the same name. This heist is the third heist from The Dentist's trailer to be released, preceding only the Golden Grin Casino heist.

The crew has been hired to steal a long lost (and allegedly cursed) diamond known amongst heisters as "The" Diamond.

Pre-Planning in The Diamond heist allows a certain amount of flexibility, much like the Big Bank, although heavily in the favor of stealth gameplay. Players can choose several locations to place multiple dead drops, in addition to assets such as the Glass Cutter, which is automatically given to all players upon starting the heist (if purchased). The team is limited to a total of 10 favors, which does not scale with difficulty.

The museum itself consists of two wings upstairs, an eastern wing on the middle floor, and two wings in the basement. There are only two methods of entry from the southern starting point: the main entrance, which has a standard lock; or the basement windows to either side, each of which requires a thermal paste can to remove the grate.

Numerous guards and civilian conservationists patrol at random throughout the main parts of the museum, requiring care when avoiding alarms. Every civilian carries a keycard required for the time locks. There are several white locked doors which contain either the camera room, a single electric box, or will be empty. You can tell which door is which depending on the sign above it: the camera room will have "Security", while the electric box room will have "High Voltage". Empty rooms are "Employees only". The said doors can be opened with the OVE9000 Saw, C4, or by picking the lock.

Inside the main museum, there are numerous artifact and painting exhibits, of which a few are genuine and can be stolen; these are marked out by GenSec stickers inside the case, and (in stealth attempts) require either the glass cutter asset or the alarms disabling before they can be taken. Whilst rarer in the main areas, the two rooms outside the diamond exhibit are more likely to contain genuine art pieces.

There are two areas prior to the diamond room: firstly, an area blocked by lasers and a timelock gate; and, past the first gate, a large room with patrolling guards and a second time lock gate. The time lock gates require a single keycard for stealth, or hacking after alarms; regardless, players have to endure for 60 seconds (90 on Overkill and Death Wish) whilst the timer runs down.

Entering the main diamond room, the door of which requires picking, the treasure sits across a large hall covered in pressure plates. Pressing an incorrect plate sound the alarm, dispense gas from above vents, and will drop the diamond into a floor safe which requires drilling. Players can avoid this by opening a security box to the left, which, when rewired, shows the correct path in green lights for a brief period of time; once the timer expires, the path changes and the box requires re-hacking to generate a new path. The time before the pressure plates reset varies between difficulties; as the difficulty increases, the time before reset decreases.

Escape methods are preset, and differ only by alarms. If stealth has not been broken, the van players spawn at is the means of escape. However, if any alarms are raised, players must light a flare in the main courtyard to summon Bile, who will arrive after 120 seconds.

Since the front grounds and/or main entrance can be patrolled, and the basement windows can be watched by cameras, care should be taken when entering or leaving. Once inside, four junction boxes must be rewired to disable the security systems. The boxes can spawn in numerous locations on all three levels, and may require picking.

Players should start opening the white locked doors around the museum, as even if they don't contain objectives, they are a good safe spot for hiding from enemies or storing bags. Players looking to steal additional loot should consider purchasing the glass cutter asset, which can bypass alarmed glass silently. Once the rewiring has been fully done, an area in the upper floor will lose its laser grid and be free to access. Inside, players must activate a timelock with a keycard and, once past the shutter, do it again for the timelock in the next area. This next area also contains loot in glass cases and a few patrolling guards.

After passing the final timelock, players will need to pick open the access door to enter the hall containing the diamond at the end, with the floor in between covered in pressure plates. On higher difficulties, there is a strong likelihood of a camera directly monitoring said access door. It is recommended that at least one player has Nimble aced so the lock can be picked without wasting an ECM jammer, breaking the camera or killing the camera operator in advance. Once past the door, there is a security box to the left, rewiring it shows the temporary safe path to the diamond: the boxes that turn green show the safe tiles, the red show the alarmed ones. With the tiles resetting after a short period of time (varies on difficulty; unlimited time on Normal, 30 seconds on Death Wish), the box must be re-hacked to generate a new path.

After acquiring the diamond, players must then navigate back across the tiles and secure it at the Bag Man loot drop off, or back at the van waiting outside the front of the Museum. Escape then becomes available, although players can continue to look for loot in the form of artifacts throughout the museum exhibit rooms.

Once the alarm has sounded, players will first need to disable the security shutters which drop around the time lock gate. Finding the security room, players must hack the computer inside and guard both the computer and a single electrical box powering it. Once hacked, the shutters will raise and players can reach the first gate.

With the card reader disabled by the alarm, the timelock must be hacked into starting, after which it starts counting down the required time; like most hacks, it will require restarting if an enemy interacts with it. After completing both the first and second lock, players can enter the diamond room by picking the lock. Whilst it may seem obvious to run for the diamond, it should be noted that the pressure plates remain active regardless of whether the alarm has already sounded; as such, triggering the wrong tile will still cause the gas to dispense and the Diamond to retract into the floor safe.

That considered, players must either guard an individual heister whilst they navigate the plate maze, or wait for the gas to clear and the safe to open first; deliberately triggering the trap rather than navigating it is a valid option, as it can be preferable on harder difficulties when the puzzle timer is very short.

After grabbing the diamond, the crew must light a flare in the central courtyard and hold out for two minutes until Bile arrives. Hovering low over the courtyard, players must load their loot bags into the chopper. As it is an objective bag, players can only leave once the diamond bag has been loaded, and, if 4 non-objective bags are loaded, the chopper must leave and return after another two minutes.

The McKendrick Museum of Ancient Arts sits beside the Mall, and its exhibitions draw huge numbers of tourists to the city. The display of The Diamond was its biggest draw. The Museum is a solid building, with only a limited number of options for breaking in. In addition to the theft of the Diamond, several artifacts from other exhibitions were taken.

My Notes: Never saw the appeal in a shiny rock, but I understand the appeal of its value to Crime.Net. We need to brief institutions on proper security. A handful of underpaid mall cops aren’t going to cut it. Further, need to look into who could fence a stone with this kind of value. Would require someone with very special connections.

This achievement is especially difficult as, even on a perfect speed run on Normal, the crew will be pressed for time; as such, it is highly recommended that everyone holds sprinting perks and/or picking bonuses. Additionally, both playing alone or with friends carry their own disadvantages: coordinating means the hacks and loud escape can be summoned immediately, but playing offline allows players to pause and memorize the maze path.

Regardless of approach, security must be disabled quickly, meaning either: sprinting to security whilst breaking alarmed cases to promptly trigger the 200 second hack objective; or swiftly navigating between white doors and floors to find four boxes in stealth. Once the lasers are off or the shutters raised, the crew will be down a few minutes, meaning the time-locks must be started promptly and watched vigilantly; since the locks take a minimum of 120 seconds and have a long interact time, any additional delays can make or break the attempt.

Once inside the Diamond room, players will have just a few minutes to bypass the tile puzzle and, once the Diamond is grabbed, secure it and escape; since alarms do not impact the achievement, players should strongly consider sprinting straight out the door rather than carefully crossing back. Players attempting stealth should consider using the Bag Man asset with the aced ECM Specialist to hurry through the final objectives, and those choosing loud must trigger the chopper immediately lest the 120 second chopper response time ruin the run.

To summarize, the restrictions on timers means that, between spawn and escape, stealth players need only give account for the time locks. However, loud attempts require 200 seconds to hack security, 120/150 seconds for time locks, and then 120 seconds for the chopper, meaning players only have 2 minutes 40 seconds (or 2 minutes 10 seconds on Overkill or Deathwish) to complete all other objectives and the tile puzzle.

Despite the unclear description, the achievement is pretty straightforward: try and get as close to the diamond's vault door as you can, dealing with both timelocks if possible. If you make it that far without triggering the alarm, you won't have to hack the security PC to access the remainder of the objectives. At this point, get yourself detected (i.e. by throwing a grenade) and let security sound the alarm. Then complete the tile puzzle before the cops can arrive and signal the chopper to secure the diamond. It should be noted, however, that while easy enough given the time to work, players should be cautious of all enemy characters, who can set off the gas should they step on a tile; whilst friendly AI characters will not set off the trap, allies gained through the Joker skill will activate tiles, so take care if playing as a Mastermind. 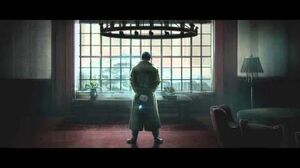 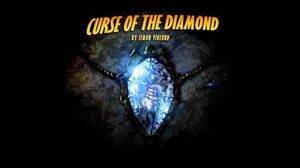 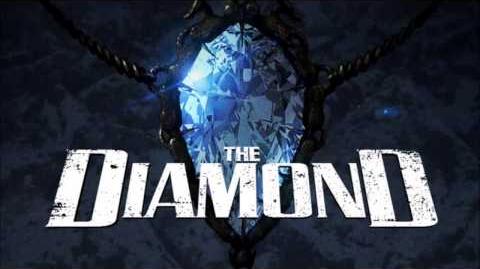