The OVERKILL Pack is the seventeenth paid DLC pack for PAYDAY 2 and part of The Hype Train community event. When purchasing The OVERKILL Pack it would contribute 3 gallons of hype fuel to the Hype Train event. On March 16th 2016, it was announced The Overkill Pack would be free of charge for Xbox One and PlayStation 4 owners of the Crimewave Edition.

Once you have bought the DLC, you will unlock this mask in your inventory. It can be returned to your mask stash for free, but any pattern, color, or material as well as the customization fee to put these together will be lost. 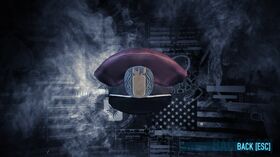 Ten-shun! Right, listen up you heisting bastards. You're heading into war. You're gonna feel the sting of battle. And in war you need a leader. Meet General Overkill. He'll be there to make sure you go through those cop bastards like crap through a goose. Dismissed!

THIS IS AN OVERKILL PACK ITEM!

I'll Take Half That Kit 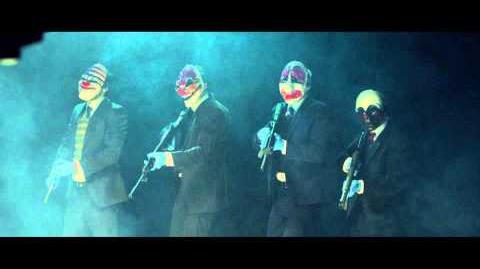 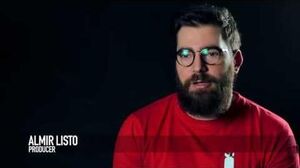 BBQ Pack and OVERKILL Pack - Behind the Scenes
Behind the scenes
Retrieved from "https://payday.fandom.com/wiki/The_OVERKILL_Pack?oldid=165579"
Community content is available under CC-BY-SA unless otherwise noted.