Undercover is one of two heists contained in the Wolf Pack DLC.

The heist begins with the crew starting with their computer setup in one of two locations. The first phase of the heist is for preparations. Various windows and vents are left open around the building which SWAT will later use to enter and snipe the players through. Players can find wooden planks randomly placed in the level to cover these up. There are also fences on the roof the players can cover up to avoid getting hit by snipers. It is recommended to also barricade the roof as the snipers can make short work of players during objectives and the escape.

These wooden planks can be broken fairly easy, by you or the law enforcers, so don't rely on them more than a temporary blockade. Aside from that, is a good idea for later in the game to completely barricade the fences around the farthest corner in the rooftop, where the escape section takes place. 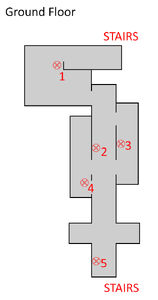 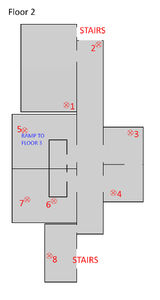 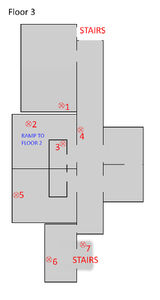 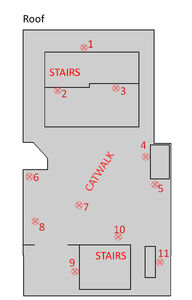 After a few moments, the taxman initiates a trade with several buyers. The buyers will reveal themselves to be the police, and the taxman will lock himself inside his limo, with the server either being hidden in the trunk or in his shirt. At this point the crew is not forced to engage the police, so the time remaining until Bain says that the team has been discovered through an incoming helicopter can be used to barricade more windows, fences and vents. After that, the police will engage the player.

Alex is operating a crane and will lift the limo onto the building when the shootout starts. The limo can either land on one of the balconies or on the roof. If it lands on the roof you should be prepared to take multiple law enforcers and snipers everywhere, making this scenario one of the most diffcult to survive. There's also a possibility that the floor will break, causing the limo to fall into the staircase or stuck on the roof so shoot the wire to make limo fall. How far the limo falls is random. Sometimes the crane will prematurely let go of the limo, causing it to crash into the building's front balcony.

During the time when the limo is being lifted, law enforcers start coming into building. The crew will have to saw through the limo in order to get the taxman out, and break open the trunk with a crowbar if necessary (Almost Guranteed if you shoot before the deal goes down). Sometimes the limo will be caught on fire after the buzz saw is put in place, blocking your vision if you stay near the limo. The fire will be put out once the taxman has been brought out from limo.

Once the taxman and the server are out of the vehicle, the crew have to escort him to their computer setup. The Taxman will not be cooperative, and players will be forced to be aggressive with him, either melee or continue shouting at him to get the codes. If you use melee too many times it will cause the taxman to be knocked out cold and the crew will have to wait for him to wake up before they can keep asking for the codes. Usually group-pressure by all of the crew will make the taxman tell the codes fairly quickly.

Three codes need to be input, with the crew negotiating with the taxman whenever a new code is needed. Meanwhile, the police will continually cut off power to the building throughout the heist, forcing players to flip the circuit breakers located throughout the building and then reboot the computer.

Bain will notify the crew that there will be some snipers at opposite building, periodically. So stay cover and take them down using a long-ranged weapon before they shoot the crew.

One of the most sucessful tactics around this part is to never stay in one place too long inside the building. Traveling from side-to-side, and only coming out quickly to the roof to restore the power or to continue the hack in the server room.

When all of the codes are entered and the money is transferred, the crew will have to get to the roof of the building, jump across a gap to the neighbouring rooftop, and board a helicopter to escape. Use the staircase and jump again if you fail.

Escaping is not an easy task when the police is waiting with special units at the rooftop. Depending on the changes and difficulty, be prepared to take out shields, snipers and SWAT on the way to the neighbouring rooftop. Taking enough time to swipe the opposition and clean the road can be a safe bet, otherwise running usually allows to two or one of the crew members reaching the helicopter.

This section lists variations and events that appear randomly or if the players make a certain decision.

Police entry points or the locations of hostages are not mentioned because those are always random.

Soon after the release of the Wolf Pack DLC, players were complaining about the relatively low cash rewards in Undercover. Bo Andersson (Overkill Software CEO) responded by telling them that they are "missing something". This sparked speculation about a secret in Undercover, which may be related. Almir during his interview 12 June 2013 responded to Undercover questions [1]:

From time to time crazy theories appeared about Undercover Secret, but nothing was near the reality.

The Payday community member Bile had resolved the puzzle prepared by Overkill Software in Undercover map completely on his own. During Crimefest event Bile disclosed to the public what had happened at the end of September 2012 just few weeks before the Team 7200 discovered the hidden vault in First World Bank.

In Undercover, Bain says several lines that are related to the film Hackers. This points to the laptop in the room where Taxman is tied up, which had the name "Acid Burn" on the screen (the name of Angelina Jolie's character in the film). Right there next to that name is a hex code for magenta, which is the color of the motel sign with the BIG ARROW on it in the hallway of the bottom floor.

That arrow points outside and across the street to a sign which reads Teninga & Co., and after Google this image might be found. The plate's instruction "Call Mr. Anderson" is the key to the puzzle.

Bile had send a message with shop leasing request to Bo Andersson, who replied him with a riddle, after which answering Bile received email from Mr. Wilson (Mitchell's neighbor in Counterfeit). Mr. Wilson proposed to Bile a position of a helicopter pilot.

As the reward Bile got immortalized in the game as the crew helicopter pilot Bile.

Retrieved from "https://payday.fandom.com/wiki/Undercover/Walkthrough?oldid=141931"
Community content is available under CC-BY-SA unless otherwise noted.